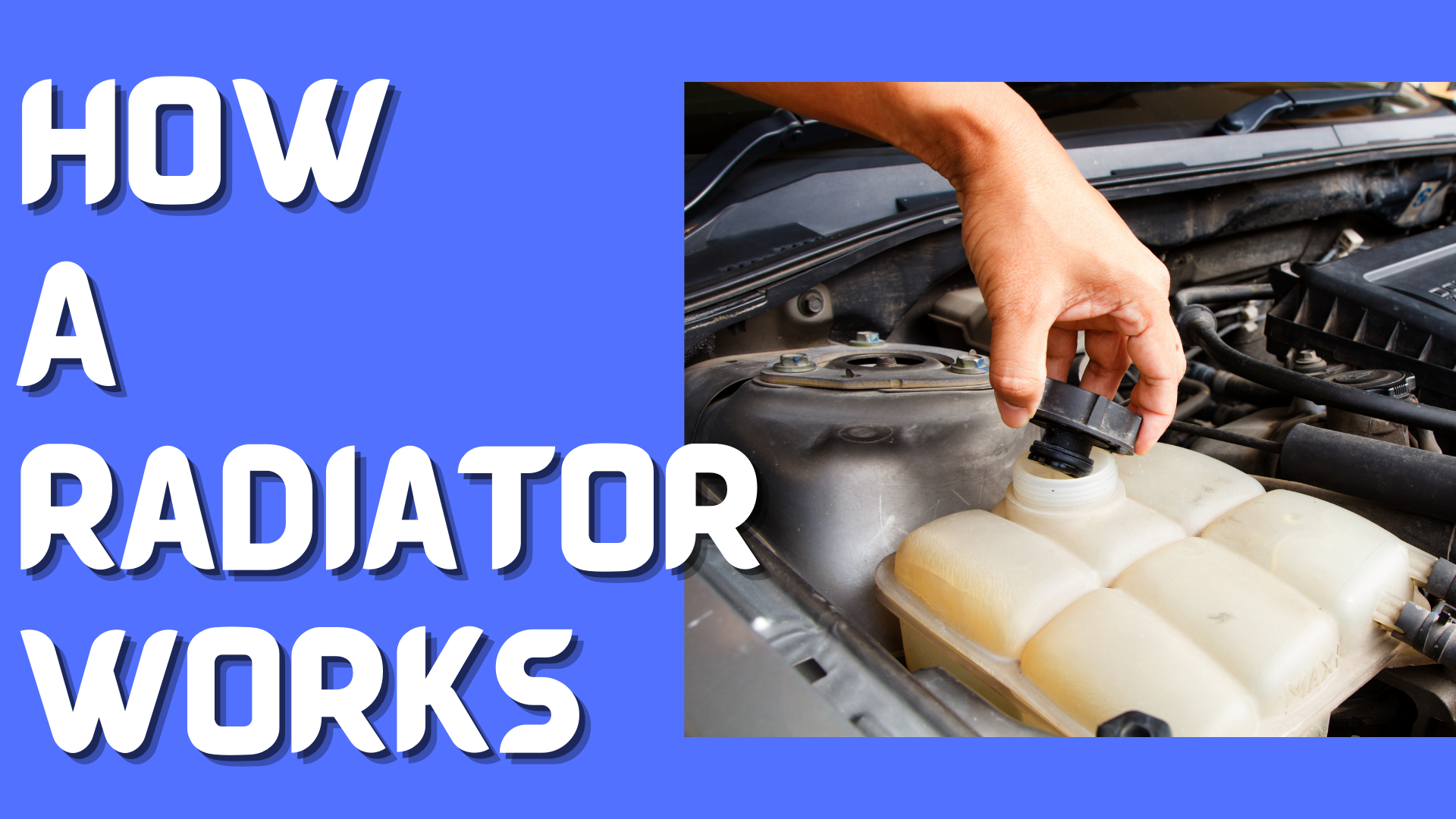 Do you know how a radiator works? If not, then this is the guide that you should look out for to understand how it functions. The entire cooling system is under the hood and works to prevent the engine from overheating. The engine becomes hot as it functions. If it is not cooled, your engine can seize.

Before we get to know how a radiator works, let’s first get to know what it is. The engine burns fuel and air to generate energy. In this process, heat is generated. Cooling the heat produced prevents the engine from getting damaged.

The radiator eliminates heat from the engine. The process of cooling starts with the thermostat which detects excess heat. After the thermostat has detected heat, the cooling system releases the coolant and water from the radiator, which moves throughout the engine to absorb heat.

The radiator has thin metal fins, enabling heat to escape outside the truck. The fins work hand in hand with the fan that blows air across the radiator.

Parts of a Radiator

The radiator has a few components that enable it to function effectively.

The core is a metal block that is the biggest part of the radiator. At this part, the heat from the coolant is released and gets cooled down before being released to the engine through the hoses.

A pressure cap seals the cooling system and ensures that it is pressurized. The pressurizing prevents the coolant from boiling and maintains the system’s efficiency.

How A Radiator Works to Cool a Truck Engine

The primary function of the radiator is to provide a large surface area for hot coolant for the heat to be dissipated effectively. The hot coolant gets into the radiator from the inlet tank, and there are core tubes in the radiator.

The core tubes run through fins which are numerous small sheets. The fins increase the surface area for the dispersion of heat. The radiator is located in front of the engine behind the grille or where there is adequate airflow.

For your truck’s engine to function correctly, it requires a working radiator and a cooling system. The radiator relies on various parts to work effectively. In most trucks, the radiator is located in front of the engine or in an area that receives a lot of air. Its location matters because the radiator solely depends on cool air to cool down the engine and prevent it from overheating. Failure of any of these parts can result in engine overheating. 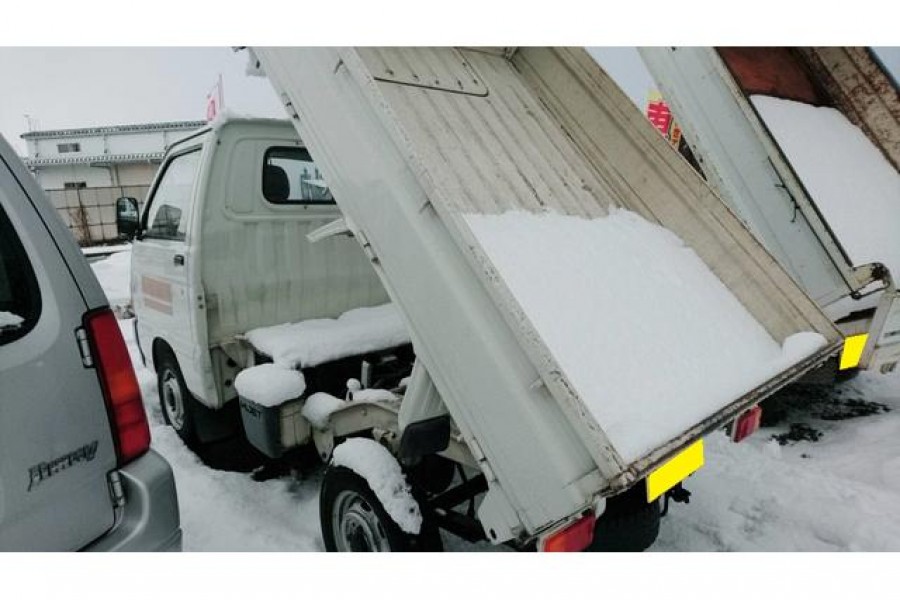 Is your truck’s radiator not working? If that is the case, then this guide is intended to help you The internal combustion engine produces too much heat when functioning. The heat can damage essential parts of the engine, such as seals, plastic hoses, and the entire engine block. The cooling system has a radiator that cools down the hot coolants from the engine. In most trucks, the radiator is located in front of the engine.

Tips for Troubleshooting a Radiator Not Working

When it is your first time performing this process, or you are not able to continue, consider checking your truck repair manual. The repair manual will aid you in troubleshooting various problems related to the cooling system.

As you diagnose your radiator, think of the conditions in which such problems occur.

If the check engine light appears, consider scanning the computer for trouble codes that will give a clue to the problem.

If your radiator is damaged, consider installing a new one instead of repairing it.

Troubleshooting a Radiator Not Working

When your radiator is clogged, the coolant will not be able to flow effectively. If the clog is external, the airflow will be restricted, leading to engine overheating. In such a case, consider checking the following.

Your engine will overheat when the radiator fan stops functioning or functions irregularly. To troubleshoot a faulty radiator fan, do the following.

If you are looking for a way to troubleshoot radiator not working, then the guide above should help. The radiator, part of the cooling system, can sometimes fail to work, and it is necessary to equip yourself with basic troubleshooting knowledge as per this guide. 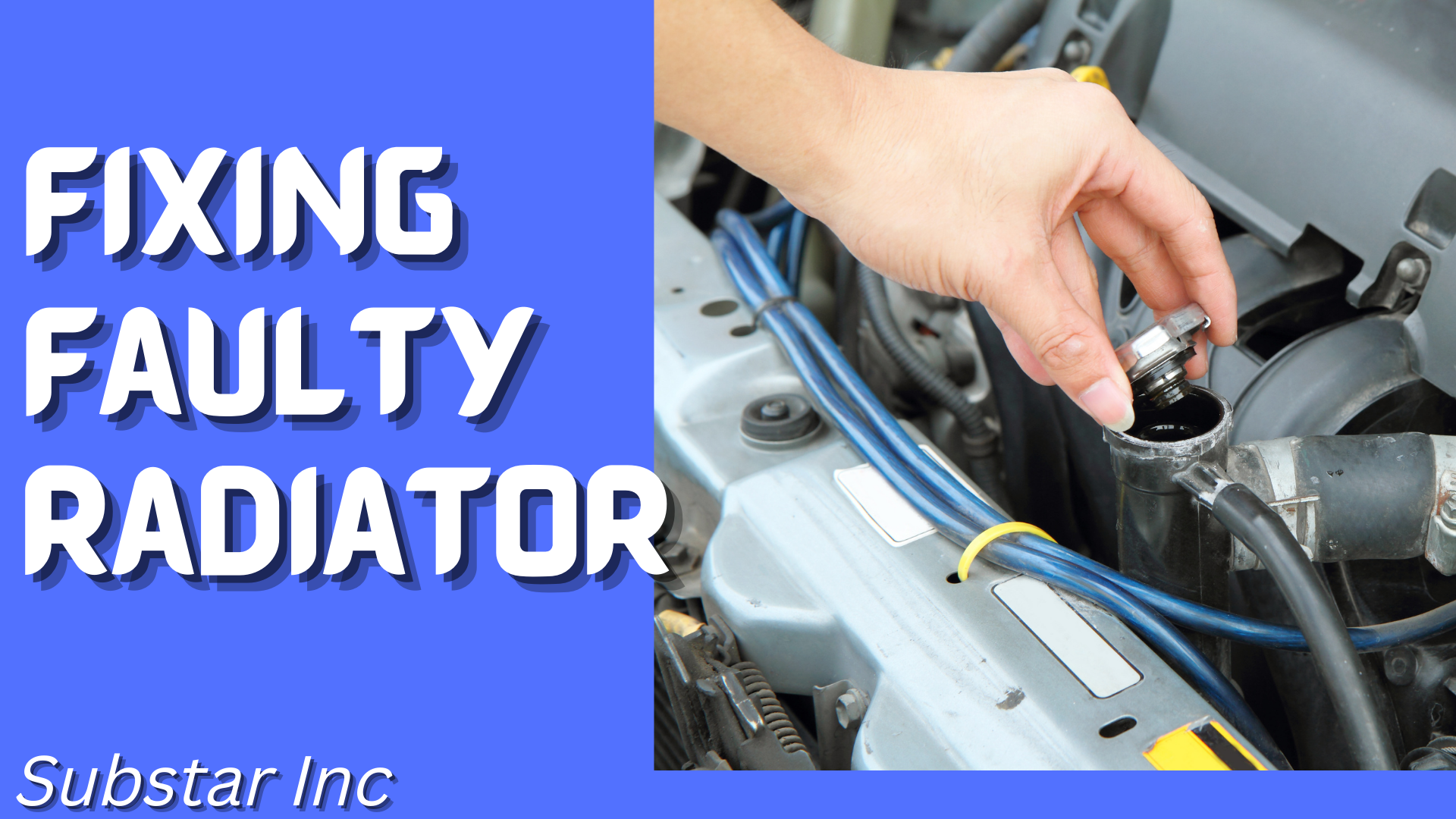 Are you looking for a way on troubleshooting faulty radiator in your truck? Your engine must not overheat if you want it to give better services and a long lifespan. The cooling system in your engine helps maintain room temperature for your engine’s proper functioning. The cooling system has various parts which enable it to perform its role of cooling the engine. It has coolant, a radiator fan that blows cool air through the radiator to transfer heat to prevent the engine from overheating. If the radiator fan fails to work, your engine is at risk, and should you should fix it as fast as possible.

A failing radiator can completely ruin the way your engine. The radiator fan in a truck is an essential part of the engine cooling system. As your engine is running, the combustion and friction generate heat, and the heat increases the temperature of the entire engine.

The heat needs to be cooled down for the engine to function effectively. The radiator fan is between the engine and the radiator. It plays the role of blowing air to cool down the hot water and other coolants which are flowing within the radiator. To understand how to go about troubleshooting faulty radiator systems, we must look at what causes these issues.

Causes of Radiator not Functioning Properly

The fuse can either fall off or blow. It is a common issue that causes the radiator fun not to function correctly. Check the manufacturer’s manual to locate the fuse and its physical appearance in such a situation. You have to replace a faulty radiator fan fuse.

It is worth noting that if any electrical part of the truck is not working, check the fuse first.

If you note that your engine is heating up, but the radiator fan is not functioning, faulty wires might cause all this. To troubleshoot this, unplug both the positive and the negative cables. In a standard direct current set-up, the wire must have an output of 12v. To know this, use a voltmeter to check if there is current in the cables. If there is no current, consider replacing the wires.

The fan clutch attaches the radiator fan to the engine and ensures it works. The fan will not be able to work if the fan clutch is broken. The usual wear and tear are responsible for causing this. If your fan is not running and you cannot find any other issue, the clutch might be the culprit.

The radiator fan can fail to function if the level of the coolant goes down. In such a scenario, consider checking the coolant level in the reservoir. If it is low, consider refilling it.

Checking the levels of the radiator fans is one of the essential maintenance tips you should consider doing for your cooling system to run smoothly.

The fundamental component of the cooling system is the radiator fan. This part should be in optimum working condition to keep blowing off heat from the coolant. This guide provides some tips on how you can troubleshoot a faulty radiator fan.

An increase in the temperature makes many truck owners worry about their trucks. High temperatures expose the battery and other essential engine components to danger. And before you know it, you could be needing more than just regular maintainance for your truck. For your truck to be safe from the environmental heat, you need fresh radiator fluid. Are you prepared for radiator fluid flush?

What Is Radiator Fluid Flush?

Signs that Your Truck Needs a Radiator Flush

Let us look at some of the signs that will show you that you need to perform radiator flush.

When Your Engine Overheats

When the temperature gauge hits the red area, its an indication that the temperature of your engine has gone high above normal. If you find yourself in such a scenario when driving, it is necessary to stop and give your engine time to cool down. When you note a rise of temperature, you should switch off AC system. When this happens, never continue driving to your destination instead take your truck to the nearest mechanic to perform you radiator fluid flush.

A Sweet Syrup-Like Smell From Your Engine

The coolant is composed of ethylene glycol molecules which resemble sugar molecules. When the radiator coolant is exposed to high temperatures, they burn to produce a sweet syrup-like smell. When you feel such smell, do not enjoy but it symbolizes that something serious is happening and you need a radiator fluid flush as soon as possible.

During high temperatures, you should pay keen attention to your car’s cooling system. Doing this will enable you to make an adequate radiator fluid flush in time. 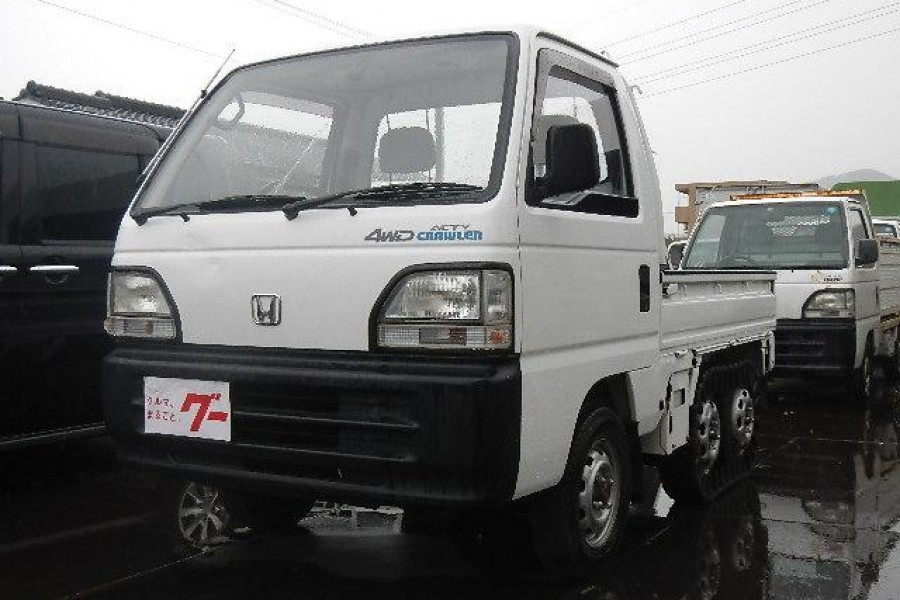 If you own a truck, you know what it takes to maintain and put it in good working condition. If you are interested in trucks, you will strive to fix most of the problems alone in your garage without involving a second party. The common problem that you have to face is the leaking coolant. Your coolant will leak and it is at this point that you realize that the radiator not holding water. Here’s how to go about it.

The radiator is the main component of your truck’s cooling system. It monitors and regulates your engine’s temperature, thus preventing your engine from overheating.

Your truck engine heats up when functioning in hot weather, but the temperatures might go up when the radiator water leaks. Why does the radiator leak?

Is Your Truck Radiator Not Holding Water? – Causes of Radiator Leak

Several reasons cause radiator leaks. Here are some of the common reasons.

When the Hoses are Not Sealed Well

Initially, we said that the radiator had hoses. It is through these hoses that the coolant moves to and from the radiator. The hoses have got joints. If the joints are not well sealed, you will experience a coolant leak from your truck.

Apart from the hose joints, the seals will start breaking with time. When this happens, the coolant will leak through the breakages. Always pay keen attention to the radiator hoses and ensure the sealing is correct to avoid leakages from the seals.

Replacing the radiator cap solves the leakage problems. If you ignore it, the rate at which water will leak from the radiator will increase.

The more you use your truck, dirt and debris will enter through the grills and accumulate in your radiator. The more the dirt piles up, the higher the radiator’s chance of developing rust.

The rust corrodes the radiator, which reduces its ability to hold water that will leak outside.

The worst experience is being on the side of the road with a leaking radiator. You should know the causes of radiator leaks and some preventive maintenance tips in this guide.