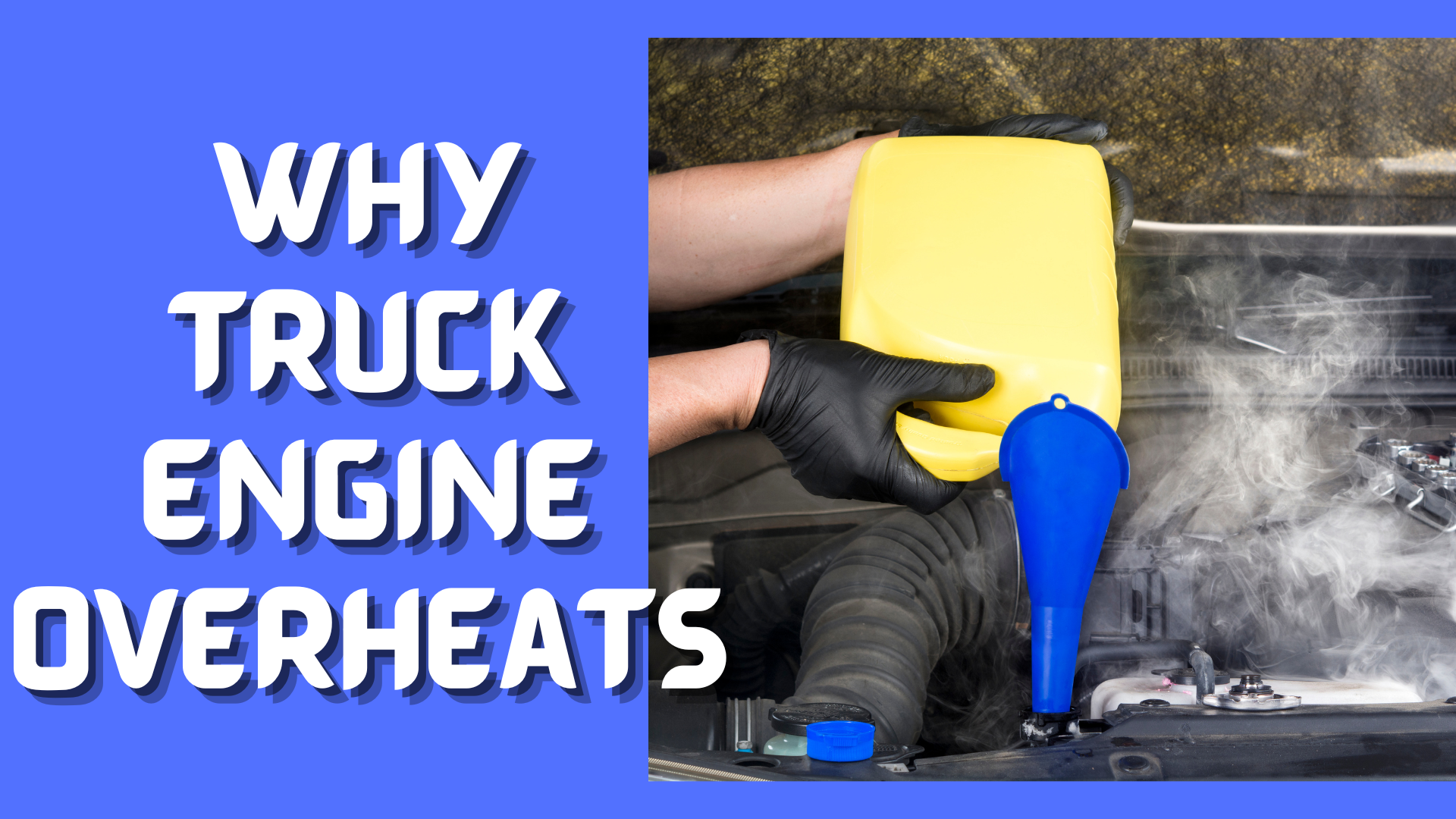 Why truck engine overheats is still something that many truck owners have never understood. The engine generates heat when functioning. It has metallic moving parts that rub against each other, and the combustion chamber creates heat as compression occurs. Friction and compression are sources of heat within the engine. Sometimes the temperature of your engine can be more than optimum. In such a situation, your engine will overheat.

The engine has got cooling system whose primary responsibility is to cool down the engine. There are various reasons which might lead to an increase in the engine temperatures.

The radiator plays the role of conducting the heat from the coolant to the air outside, which regulates the engine’s temperature.

If the thermostat fails to open, the coolant will not be able to travel to the radiator, and the truck engine will overheat.

The impeller spins whenever your engine is running, and its rotation is what pushes the coolant through the cooling system. If the belts that drive it are faulty, the coolant will not be able to move correctly within the system, leading to engine overheating.

The coolant can leak inside your engine, and a cracked cylinder head, engine block, and damaged head gasket are some of the causes of coolant leaks within the engine. When the coolant leaks and gets into contact with the oil can lead to contamination. Sometimes, the coolant might get into the combustion chamber and be consumed. All this will reduce the level of the coolant.

When the coolant hose leaks out coolant, the engine will overheat the gasket head will blow out.

The radiator fan is a crucial part of the cooling system, located between the engine and the radiator. The radiator fan has blades and is part of your truck’s electrical system. Its primary role is to blow off hot air in the coolant from the engine to cool it down.

When the fan is faulty, it will not be able to cool down the coolant from the engine, and the hot coolant will be pumped back into the engine, which will make your engine overheat.

When your truck’s engine is overheating, it is a severe condition you should not ignore. Consider visiting your mechanic to determine the exact cause of such a situation. In this guide, you have seen some of the reasons why truck engine overheats.