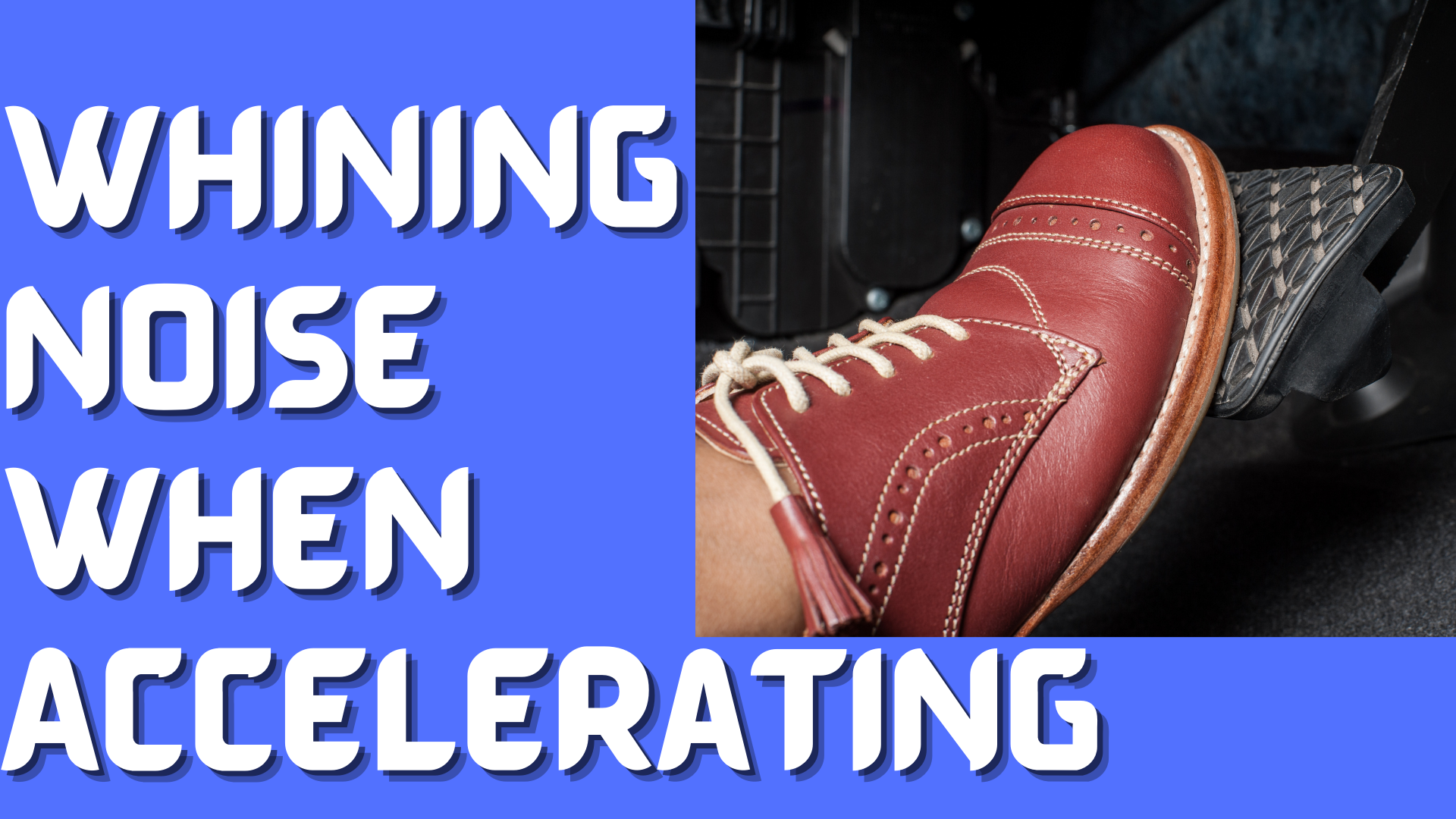 Causes of a whining noise when accelerating is the most dreaded question. You will walk into a car repair shop to have your truck repaired, but nobody likes being there. Some people use their trucks for transport, but some treasure them. When you treasure your truck, you will be keen on every detail to ensure that it operates smoothly.

Causes of a Whining Noise When Accelerating

The serpentine belt drives various components of your truck. Whenever you press the gas pedal, the serpentine belt will try to run as fast as possible to keep up with speed. In case of failure, you will hear a whining sound when accelerating.

The serpentine belt usually dries up and cracks with time. If this happens,  it will not be able to hold the pulleys firmly, and they will slip.

If there is a vacuum leak in the intake manifold, your truck will produce a whining sound as you accelerate, which is common if your truck has a turbocharger that will expel air from the leak.

Your vacuum will leak when the hose is broken, and the leaks might be around the boost pipes in the case of a turbocharger.

The steering system has various components which might produce a whining noise when they fail. Some parts might constantly whine, while others will only whine as you accelerate. For example, your truck will whine when there is a power steering fluid leakage.

A truck has various bearings which might produce a whining sound when worn out. The drive pulleys and other running accessories are some of the areas that have bearings. The alternator has internal bearings, producing a whining noise as you accelerate.

To locate a faulty bearing, consider removing the serpentine belt and rotating all the accessories and pulleys using your hands.

Problems with the Transmission

The engine needs an adequate amount of oil to ensure that all its parts function effectively. When the engine oil levels go down, you will feel the whining noise from your truck as you accelerate.

The whining noise when accelerating is a bad sign. This guide has covered some of the common causes of this sound. If your truck starts producing such sound, consider taking it for a mechanical check-up as soon as possible.