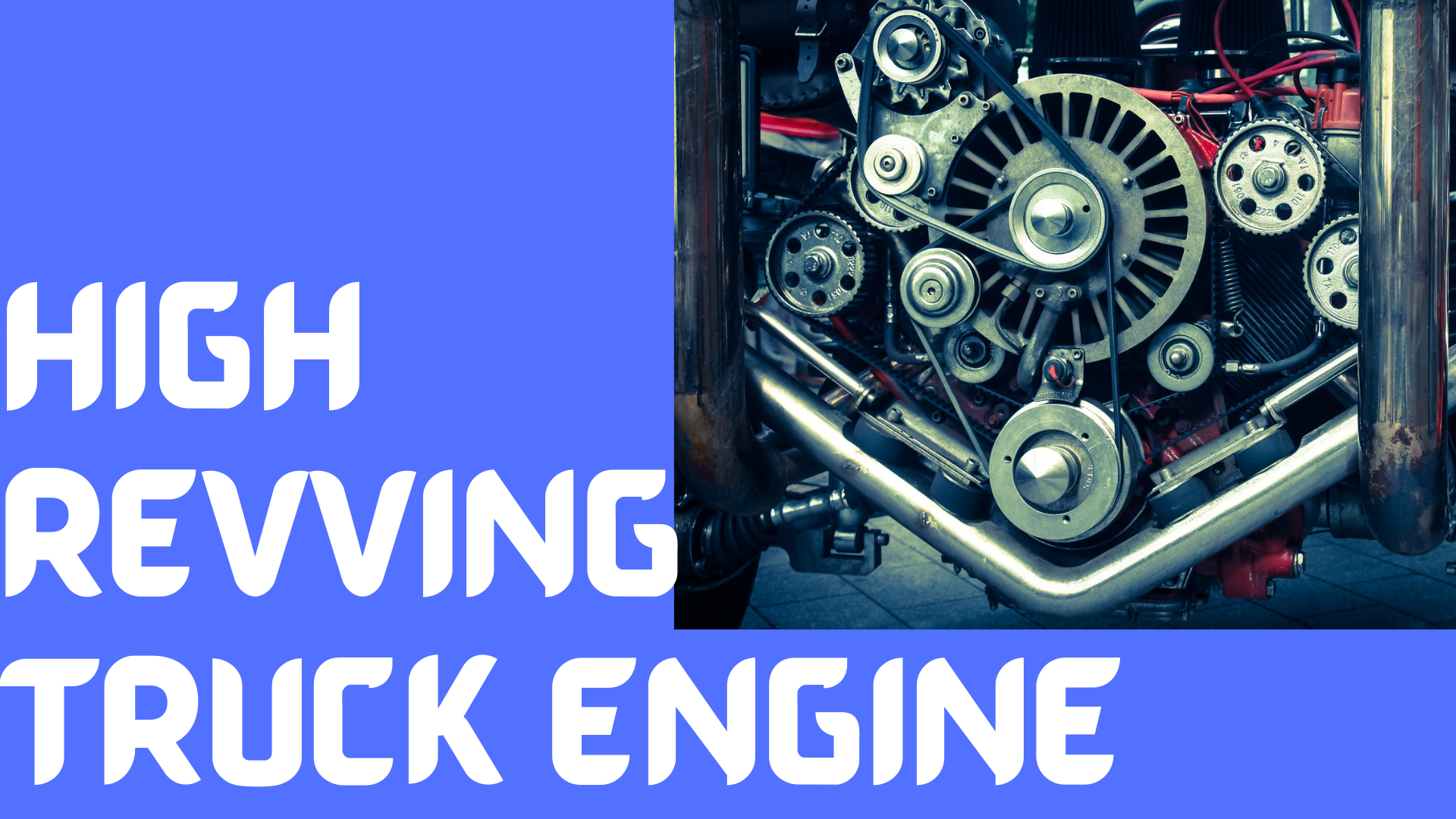 What are the benefits of a high revving truck engine? Revving is an unfamiliar term to most amateur truck owners, but it is something that happens to your truck every time you are driving. As your truck’s engine is revving or as you rev it, its speed will increase the more you press the acceleration pedal. Revving is the measure of the speed of the engine. An engine is a rotating machine whose speed is measured in revolutions per minute, which is the number of turns an engine can make within one minute.

A faster engine will make more revolutions per minute and generate more power. It is not easy to hear the engine’s speed, but it will produce different sounds at different speeds. You can never determine the engine’s speed from the noise it makes, but you can determine the changes in the speed of the engine from the sound it produces. When your truck’s engine is running at a constant speed, it will produce a specific sound, and the frequency of the sound will increase or reduce whenever you accelerate or reduce speed.

Revving is necessary for a truck to move smoothly. It will determine the horsepower and torque that your engine will produce.

A higher revving motor can go close to 9000 rpm or more. The sole purpose of making an engine rev higher is to generate more power.

In trucks, the torque remains fairly constant, but the rise in rev will greatly increase the engine’s horsepower. The engine makes more power when it is free to rev higher. Mostly, an engine will rev more when it is of a square design. Such a design provides a shorter distance for the pistons to travel from the top dead center to the bottom dead center.

Power is the greatest benefit of a high-revving engine. The horsepower is a function of torque and the engine’s revolutions per minute. When the RPM increases, the power will go up. If your truck has a 2.0-liter engine, it will have to acquire a huge boost to make higher power. To have higher revs, you have to change the design of your engine.

Torque is not that important when your truck is making enough power. You will be able to gear the truck appropriately for the wheel torque to be competitive. To increase the displacement, you will have to increase the power. The downside of doing this is that the efficiency of your truck might reduce.

How An Engine Breathes at High RPM

The valvetrain plays a vital role in engine breathing at high RPM. When the bore is larger, the valve will be larger and more air will flow into the engine at high RPM. Larger valves are very heavy, and at some point, they might lead to valve float, where the valve stem does not synch well with the camshaft.

Having looked at the benefits of a high revving truck engine, we hope you now understand why it is crucial. High revving will increase the horsepower of your truck. This guide has focused on the benefits of having a high engine rev. To increase your engine rev, you have to perform some engine modifications that only professional mechanics can manage.