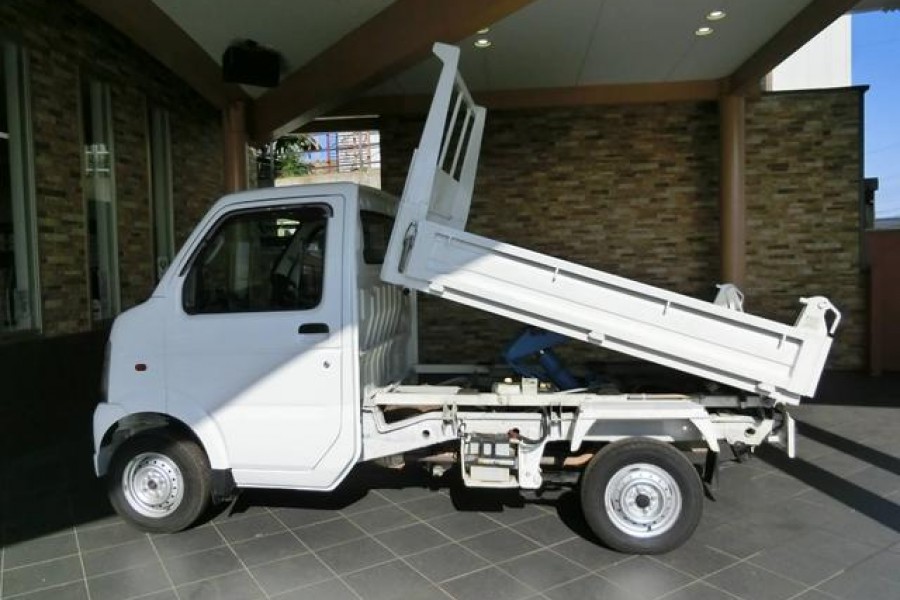 Japanese mini trucks are becoming popular by the day and this is simply because of its incredible performance and dependability. They have been compared to the pick up trucks among other types of vehicles. But one of the things that best highlights the Japanese mini dump trucks is their hydraulic dump system. However, sometimes their hydraulic system fails to function as expected. But like every other vehicle part, there is a fix. In this guide, we will go through fixing faulty mini dump truck hydraulics.

But before doing that, let’s first look at how the dump truck hydraulic system functions.

There exists a PTO auxiliary drive which drives the hydraulic pump system that is connected to it. The pump utilizes the electric energy from the vehicle’s engine and is responsible for pumping fluid to the hydraulic system to give that push. The amount of load which a Japanese mini dump truck can lift depends on a number of things. First, it has to do with the length of the hydraulic arm. This determines the maximum height and tilt it can reach. Secondly, it has to do with the power that is transmitted through the fluid. More power means that the hydraulic dump system will lift more weight. The size of the pump will also affect the output.

There are however more components in a dump truck hydraulic system which makes the functionality possible. Other crucial parts of the system includes directional control system, a pressure relief valve and a the gears that controls how the system works.

What Could Be Wrong With the Mini Dump Truck Hydraulics

One of the most common problems that a dump truck hydraulics system could have is the relief valve failing to work. You will often see that the system not lifting properly. This is mostly caused by the relief valve having lose caskets and seals. To fix this, you would need to replace the seals to make sure that the fluid does not have even the smallest leaks.

Sometimes bleeding the cylinder is necessary to improve efficiency and functionality of the dump truck hydraulics. To do this, you have to raise the dump body as well as the cylinder to the maximum height. You should then leave the hydraulic system up for some time so as the air can fill the hydraulic chamber.

Once this is done, you can lower the dump bed and leave a gap of 1.5 to 2 feet from the chassis. Then put the lever on the hold position, and after a few minutes, you can consider the bleeding done. Everything should be working as normal after this. And if not, then there could be a different underlying problem.

Oil and hydraulics fluid in general cannot wear out, right? NO! Like every other thing that is used, they too get worked out. Hydraulic fluid do wear out after sometime of use, especially under heavy use. They are broken down by high heat that they are subjected to, but with good maintenance, they can really go a long way. Increased oxidation and water leaking in to the hydraulic arm.

To ensure better functioning of the hydraulic system it is important to always change the oil once in a while, and regularly if you use the dump truck more often. You could also consider covering the system when it is not in use.

Not enough power reaching the hydraulics

Sometimes it is not the hydraulic system itself that is problematic, but rather a problem with power transmission. That said, you should check everything along the transmission line. This includes the wiring, the solenoid, the pump motor and the control switches. To quickly troubleshoot this, you can jump a wire to the solenoid to see the motor if it is functioning. See that the wiring system if in good condition and that there are no loose ends.

These are just but a few common issues that the dump truck hydraulics may have. You can follow these instructions, and in many cases, they will fix the system.

To Wrap It UP!

With proper maintenance of a hydraulic system, you can expect your Japanese mini truck to function normally for a long time. However, if not properly taken care of and contaminants start entering, it could be problematic. Water and air entering could also cause issues with the functioning of the system.

As shared above, there are some common known problems and we have highlighted their simple fixes as well. Sometimes though, the problem could persist or keep recurring more sooner than later. As this point, it would be good to consider replacing the hydraulic system, especially if it is old. Otherwise, consult with an expert.

We have been dealing with Japanese mini trucks for a long time, and we have understood every bit of these vehicles. Be it dump trucks, scissor lifts or flat bed mini trucks, we are experts in that.

Please also consider checking out some of the used Japanese mini trucks that we have in our sales yard. Although based in Japan, we can help you get you vehicle to any destination across the globe. We have done this hundred of times to countries such as New Zealand, Canada, Australia and the United States. 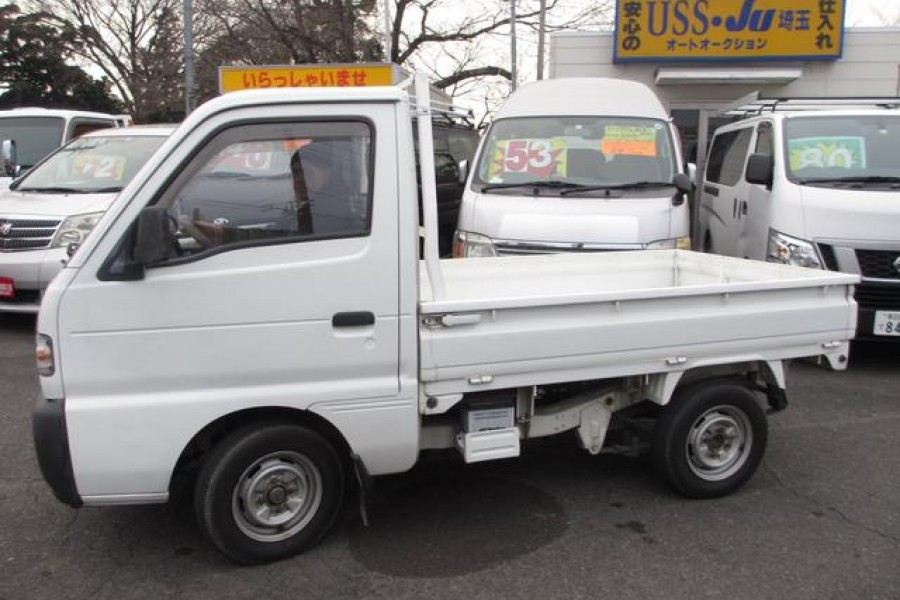 Suzuki Carry is among the most popular Japanese mini trucks that one can find in the market today. The fair share of the market is huge and commendable. But that is expected from a vehicle made by one of the leading manufactures who have been around for many decades. Suzuki Carry has increased in popularity, thanks to the performance and meticulous engineering behind it. In this guide we will focus on how to buy Suzuki Carry spare parts the right way without much hassles.

Getting spare parts may seem so difficult for some people. However, that shouldn’t be the case. Every vehicle is built differently, but one thing for sure is that every moving part must be replaced at one time. Suzuki Carry is one great vehicle that has been built with quality and durability in mind. But when a particular part breaks down, you have to repair it for the vehicle to continue serving you. So, how do you go about it? There are a number of places and ways that you can buy Suzuki Carry spare parts with ease. Below are some of them.

Another reason why you will love the use of classified websites is because you can ask for a particular spare part, and sooner or later you could find someone selling. A good example of a reliable classified website to consider is Craigslist. There are millions of people on the platform.

Auction sites such as Ebay have been around for a long time and you can always find good deals on spare parts here. These auction sites aren’t just for auctions nowadays. People have used them successfully as sales platforms where you can even find brand new items. Checking them out could be you easy way to find the right spare spares for your Suzuki Carry. This approach can also be used to find other deals on other items too.

You can join and check with as many auction sites as you can. This will increase your chances of finding the spares. Also, you can chat with a specialty or someone selling the specific vehicle, in this case Suzuki Carry, and in most cases will have those spares.

There are limitless places where one can find their spare parts, and one of them is the dedicated forums which deals with Japanese mini trucks. Joining such forums is crucial not only to find people selling spares but to also guide you to learn many things concerning your vehicle. This is because you interact with owners of the same vehicle as yours.

There are a lot of such Japanese mini truck forums which we highly recommend you to join. For instance, you can check out our own forum here where you get to interact with a lot of people who may be helpful in some issues you have with your vehicle.

Getting Spares From Suzuki Dealerships

One thing that we ought to keep in mind is that Suzuki is a well known brand that has established itself around the globe. With that in mind, you can easily get the required spare part by checking out the Suzuki dealership. Such an established brand would usually have a good stock of spare parts for popular vehicles for the customers. This is because they know at some point their customers will always need some repairs and spare part replacements.

And if they do not have them, then they will most likely help you to source them. This is an approach that you can always consider when you want to get Suzuki Carry spare parts.

If neither of the options above bear fruits and you still do not get your Suzuki carry spare parts, then why not import them yourself? Importing isn’t as hard as it used to be a decade ago. Nowadays with the power of the internet and considering that every company have a website, getting spare parts or even buying a vehicle is easy. You can just hop onto your computer browse the web and you will easily find what you want. So, importing it from Japan directly would be a good option to consider before giving up.

The only thing that you have to be cautious with when importing is the scams that could be waiting. There are many of them and you just have to be extra cautious and be sure that you are dealing with a real sales person.

All you need to be cautious about when purchasing the spare parts is to ensure that you are getting original ones. The market is flooded with fake products and the last thing that you want on your vehicle is a substandard spare part. This is because it will break easily and will not serve the required purpose.

Be sure to check out some of the latest Japanese mini trucks, mini vans and other vehicles that we have in our listing. We are certain you will find one that impresses you. We can then help you get that vehicle and have it shipped seamlessly.